Anyone who’s ever woken up in the middle of the night may think it’s a symptom of poor sleep. But actually, humans evolved to sleep in shifts.

Before the advent of devices like lightbulbs and Netflix, sleep seems to have occurred in two distinct periods. Typically, people would go to sleep at sundown, snooze for about four hours, then wake up in the middle of the night for an hour or two, then go back to sleep for about four more hours until the sun came up. The period of wakefulness was known as "the watch" and it was a surprisingly active time of the night. People would check on farm animals, do household chores, visit with neighbors and, of course, have sex. This pattern of “sleeping in shifts” is called biphasic sleep, and it seems that’s what we humans have been doing until relatively recently.

Until about 200 years ago, sleeping in shifts appears to have been the norm. Historians suspect this because of numerous references in the historical record. In his seminal paper, Sleep We Have Lost: Pre-Industrial Slumber in the British Isles, historian A. Roger Ekirch cites over 500 references to biphasic sleep, referred to as “interrupted sleep” and “first sleep and second sleep.” Ekirch found casual references to biphasic sleep in virtually every conceivable form, with hundreds in letters, diaries, medical textbooks, philosophical writings, newspaper articles, ballads, plays and novels, including Charles Dickens’ Barnaby Rudge.

We have long known that animals, including most mammals, rest in stretches. Researcher Thomas Wehr, a sleep scientist from the National Institute of Mental Health, set out to discover if humans did, too. To determine our natural sleep cycle, Wehr recruited 15 men for his study and subjected them to 14 hours of darkness each day for a month. The test subjects all fell into a distinct pattern of sleeping for about four hours, waking for several hours, then going back to sleep for four hours. Measurements of the sleep hormone melatonin showed that the test subjects’ circadian rhythms had adjusted too, so their sleep was actually altered at a biological level.

These findings have been replicated many times, by researchers and curious laymen alike. In his fascinating book The Head Trip: Adventures on the Wheel of Consciousness, journalist Jeff Warren describes his quest to experience biphasic sleep for himself. One winter, he headed to his family’s isolated cabin several hours north of Toronto to conduct his own experiment. The cabin had very little direct sunlight, and Warren was careful to avoid any artificial light sources except a single candle, which he kept lit until 7pm. The first week, he slept as he normally did, in one single stretch; albeit after lying in bed wide awake for hours before nodding off. But there was a dramatic shift in the second week. Like Wehr’s subjects, Warren began to drift off earlier, then wake in the middle of the night for an hour or so before returning to slumber. Warren was thrilled to experience second sleep firsthand. And though he never felt compelled to get up and, say, chop firewood, he reports feeling a deep sense of contentment during his wakeful hours, and feeling exceptionally well-rested and alert the next day.

So, just as some of us have adopted the Paleo diet, should we attempt to sleep in shifts as our ancestors did? Not necessarily. For starters, additional research is needed to determine whether biphasic sleep is better, worse or about the same as sleeping in a single stretch from a health standpoint. But regardless of any future findings, following a biphasic sleep schedule simply wouldn’t be feasible for most of us, with our packed family, social and work schedules. And depriving ourselves of any type of light for 14 hours daily, whether it’s from candles or screens, seems practically impossible. But it is comforting to know that if your eyes pop open in the middle of the night, there’s really no reason to feel anxious. It probably just means you’re sleeping as your ancestors have for millennia.

Easy, delicious and packed with good ingredients, these no-bake, nearly raw snack balls are a treat.

A simple, easy-to-complete test that gives unparalleled insight into hormone health seems like a dream; but with the DUTCH test, it’s very much a reality.

Maintain that just-been-to-the-dentist pearly white smile with these pro tips and tricks.

Cutting Back on Cocktails A Beginner’s Guide

Concerned you might be drinking too much? Even if you don’t plan on becoming a total teetotaler, here are some tips on cutting back. 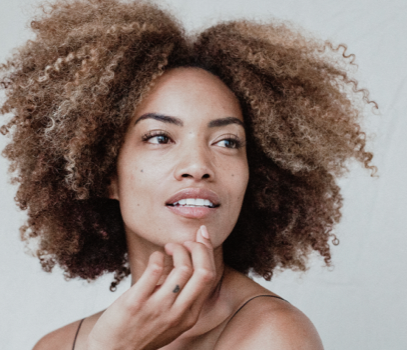 Touted as a cure-all for whatever ails you, this simple procedure delivers a dose of fast-acting nutrients and deep hydration. Treatments are safe, effective and popping up in the most unexpected places.

Superfoods To Eat Every Day

Ramp up energy and vitality by adding these highly nutritious — and delicious — foods to your diet as often as possible.

The Physical Effects of a Broken Heart

We know we feel awful when a relationship ends. But science shows that heartbreak can also have negative — but reversible — physical effects.