Does Your Dog Know 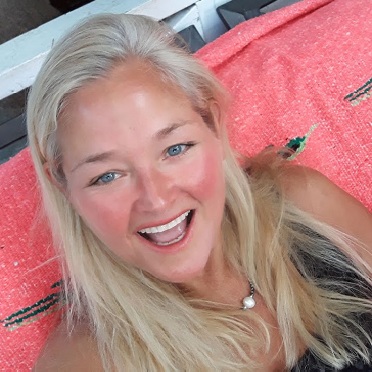 I am a true skeptic. When a group of intelligent friends were matter-of-factly discussing their pets’ psychic abilities, I couldn’t even hide my huge eye roll. It was probably accompanied by an exasperated sigh. Then, something profound happened. I watched a PBS documentary by Dr. Rupert Sheldrake.

Sheldrake is an accomplished researcher who holds a PhD in biochemistry from Cambridge. After years of hearing anecdotal evidence that dogs seemed to know when their owners were on their way home, he decided to put it to the test. And, stunned by what he discovered, created a documentary on the subject.

In the documentary, he set up experiments in which he videotaped dogs in their homes, and recorded the exact time that they became highly alert and went to the windows to check for the arrival of their owners. It wasn’t when they heard their cars, since the test subjects used modes of transportation other than their own vehicles during these experiments. It wasn’t when the dogs were able to smell their owners, because they were too far away. The dogs became alert, much to everyone’s amazement, at the exact moment when the owners first had the intention of coming home. This experiment was repeated over and over, at different times of the day, with the same result. Sheldrake has worked with thousands of dogs and their owners during his years of research, and has consistently seen the same pattern.

Now that I was open to the idea, I started asking dog-owning friends if they had experienced this phenomenon. Most just looked at me with a “Duh, of course” expression. One even said, “Yeah, when I was younger that’s how I knew my mom was coming home and that I needed to hide my pot.” A close relative, who is a scientist, dismissed the idea as totally ludicrous. I asked him if his sheepdog, who accompanies him almost everywhere, ever got excited and seemed to go on high alert. “Well,” he admitted, surprising even himself, “He does seem to jump up and run to the door the second I decide I’m going to go visit my lab. Even if it’s in the middle of the night.”

So, I wondered, when you travel, does your precious pup know when you’re on your way home? There have been numerous reports that they actually do. People who board dogs have said the animals often become highly alert right around the time their people are getting on planes to come home.

If you’re rolling your eyes about now, well, I can’t say I blame you. I’m not completely sold myself. But I do believe that more research should definitely be done on this fascinating subject. If you want to delve in more deeply, read Sheldrake’s seminal book, Dogs That Know When Their Owners are Coming Home. You might not become a convert, but it’s a very interesting read. In fact, my personal copy of the book is most definitely dog eared.