To See the Northern Lights 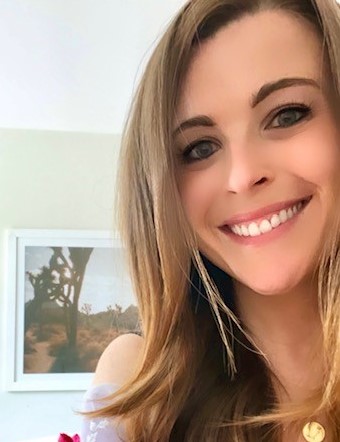 The best time to visit Finland is in the winter. Although it can be bitingly cold, the Nordic nation has so much to offer in the winter months that travelers shouldn’t be scared off by a little chill. Rather, they should take a bit of advice from the Finns, who like to say there’s no such thing as bad weather, only bad clothing. And with a few strategic items in your suitcase (a parka, your best Heat Tech and some boots made for snow), a winter trip to Finland will introduce you to reindeer and saunas, and — perhaps most exciting of all — give you a chance to see the famous Northern Lights.

The Northern Lights can be visible in Finland from August through April, but the best chance a traveler has to catch them is by heading to Lapland, near the Arctic Circle, during the winter months of December through March. The Northern Lights — also called the auroras — are naturally occurring light shows in the sky, with dramatic patterns of spiraling, flickering rays of light, and are best seen at higher altitudes. Catching a Northern Lights show myself has long been on my travel bucket list, so I headed to Finland last winter to try and check it off.

Your first stop on any Finland trip will likely be Helsinki. I stayed in the Finnish capital for several days to acclimate to the time change and explore the city’s food scene. Chefs at restaurants like Kuurna and Restaurant Nolla are turning out sharp, inventive, meat and vegetable-forward dishes with high gastronomical flourishes — think fried pike with parsnip-amaretto foam. And if you’re experiencing jet lag, like I did, take the opportunity to go to another Finnish specialty — saunas. The city is full of them, and some restaurants even have saunas attached to them where diners can steam before eating, and sit down to dinner feeling refreshed and rejuvenated.

After a few days, I headed up to Lapland in search of the auroras. Lapland is the northernmost part of Finland, near the Arctic Circle, and is otherwise known as the home of Santa Claus. I was thrilled to check in to the Arctic TreeHouse Hotel — a bucket list destination if there ever was one — located in Lapland’s primary city, Rovaniemi.

The Arctic TreeHouse Hotel has been designed to showcase the beauty of arctic nature and the Northern Lights. Each of the suites is its own little nest in the woods, with a full wall of floor-to-ceiling glass windows that afford expansive views of the treetops — and, if you’re lucky, the Northern Lights. The decor at the hotel is cozy in the extreme, with sheepskins and furs draped over chairs and on floors, and a soothing color palette of taupe, white and wood. The hotel’s restaurant, Rakas, is a destination in its own right, with multicourse tasting menus on offer featuring exceptionally good salmon, and a uniquely Finnish delicacy: reindeer.

The Northern Lights are best viewed in the dark, but in Lapland, that’s not a problem in the winter. The sun set every day of my trip sometime around three each afternoon, which is when we set off in search of the auroras. You can stay in your room to see them, but my tripmates and I thought that the lights might be even more majestic to view from the forest. So we put on puffy, uber-warm wetsuits and floated out on a lake in the middle of the forest to stare straight up at the sky in the hopes of a light show.

A note on traveling specifically to see the Northern Lights is that there is no guarantee. The lights come out when they want to, and nights with more cloud cover make it less likely that you’ll be able to see the auroras. However, we got lucky. The lights came out about half an hour into our float, and played across the sky in a spectacular array of green and white. We lay there, mesmerized, for over an hour, as this once-in-a-lifetime view splayed itself before us.

The vision of the auroras has stayed with me long after I’ve returned from Finland. Seeing them was a reminder of the incredible beauty the world holds beyond the confines of my life in New York City, and how small many of the stressors and problems that can sometimes threaten to consume me truly are. Nature is almost always majestic if you just pause to notice it, but the Northern Lights make that sense of splendor unmissable and unmistakable. If you get the chance to see them, take it.

All images courtesy of the Arctic TreeHouse Hotel & Visit Rovaniemi.